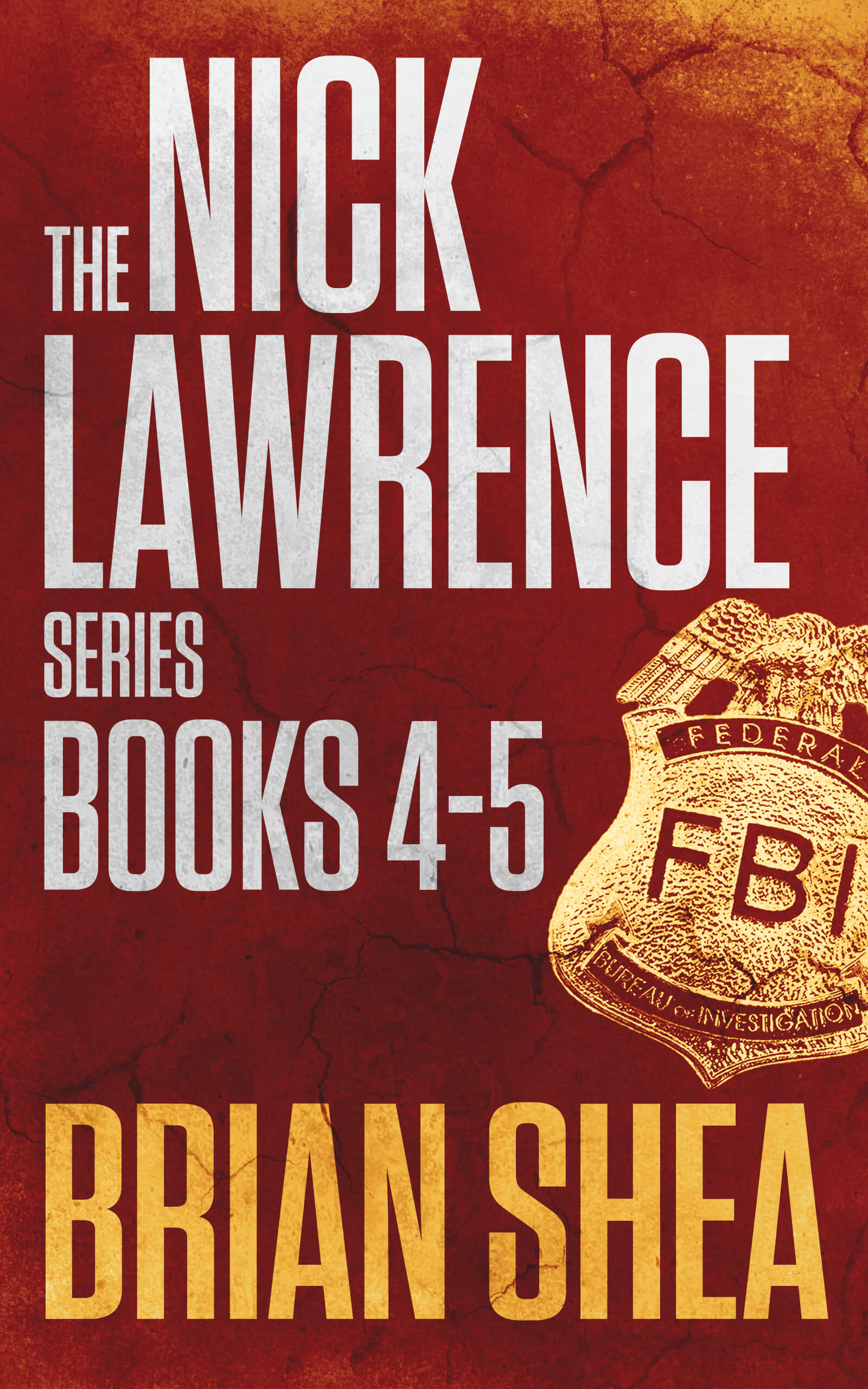 Books 4-5 of the Nick Lawrence Series

This box set of books 4-5 in the Nick Lawrence series will take you along for the ride as Nick Lawrence navigates TARGETED VIOLENCE and MURDER 8.

The final two thrillers in the heart-pounding Nick Lawrence Series.

Save when you purchase this 2-book set.

Another school shooting.
Another senseless act of violence.
But this one is different.
It isn’t random. It was orchestrated by a mysterious outsider.
And it’s just the beginning.

“This is Shea at his absolute best.”

The warning was released soon after the first school shooting. It came from an untraceable source, and threatened a similar violent incident at one school in each state across the country. Soon the entire nation is plunged into a state of panic.

As law enforcement desperately searches for the group responsible, former FBI agent Nick Lawrence is called up by an old friend. They need Nick’s unique set of skills to find and stop a twisted criminal mastermind...before he claims his next victims.

When a senator's daughter is found dead in a Boston alleyway, former FBI agent Nick Lawrence is called into action.

A powerful new drug has hit the streets of Massachusetts, and overdoses are skyrocketing to epidemic proportions. Senator Buzz Litchfield’s daughter is the latest opioid death, and he wants justice. Law enforcement is being told to take the gloves off; to come down hard on the rampant drug rings that have plagued the area.

Nick Lawrence and the Valhalla Group are tasked with taking down the distribution network, and must partner with Boston’s elite Tactical Narcotics Team to get the job done.

But just as they’re about to make a bust, things go south. And Nick realizes that in the war on drugs, corruption is everywhere. And nothing is what it seems…