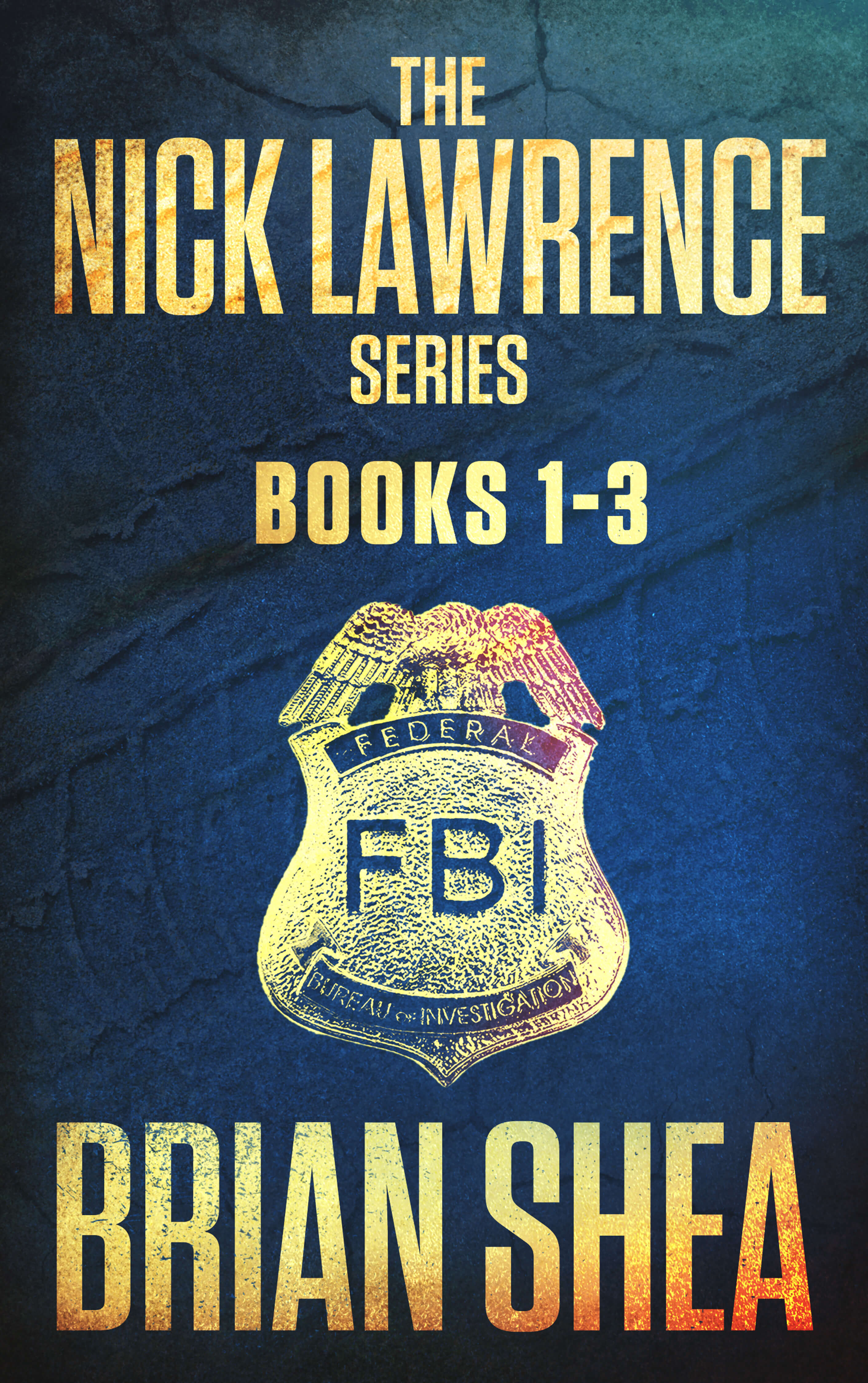 Books 1-3 of the Nick Lawrence Series

This box set of books 1-3 in the Nick Lawrence series will take you along for the ride as Nick Lawrence navigates KILL LIST, PURSUIT OF JUSTICE, and BURNING TRUTH.

The first three thrillers in the heart-pounding Nick Lawrence Series.

Save when you purchase this 3-book set.

To stop a terrorist attack, a veteran FBI agent must join forces with a bank robber.

FBI Special Agent Nick Lawrence has just transferred to the bank robbery unit based out of Connecticut’s New Haven field office. Near his breaking point after the recent death of his father, he makes the move to care for his aging mother.

Declan Enright, a former police officer recently fired over a controversial shooting, has reached his own breaking point. Confronted with insurmountable financial burdens in the wake of his early termination, Declan is desperate for a way to provide for his wife and three daughters. Tapping into an elite skill set forged during his time as a Navy special warfare operator, and using the insider knowledge of a former police officer, Declan crosses the threshold and commits the perfect crime.

Nick is assigned to the case, and begins closing in. But when a series of terrorist attacks rattles the nation, the two men find their fates intertwined.

And the only way to prevent the next attack is to work together...

For a young victim of human trafficking, FBI Agent Nick Lawrence is the only hope.

The career move puts him in Austin, Texas—and onto the case of a young girl on the run.

She’s been thrust into a foreign land against her will. Armed only with a set of skills bestowed by her father, she embarks on a perilous journey to keep a promise—as she is hunted by a ruthless human trafficking ring.

Nick teams up with local law enforcement, intent on saving the girl and dismantling the criminal organization trying to reach her first. But as a greater conspiracy unfolds, Nick finds himself in a deadly game of cat and mouse.

The opposition is more powerful than he could have imagined—and they’re intent on silencing him, and the girl, forever.

He’s also the next target on the killer’s list.

The serial killer is known as The Ferryman. His series of unpredictable and horrific murders have terrified the residents of Austin, Texas, and stymied local law enforcement.

Special Agent Cheryl Simmons of the FBI’s Behavioral Analysis Unit is known throughout the Bureau as a legend among their elite profilers. For the better part of the last four years, she’s devoted herself to tracking The Ferryman, and this may be her best chance to catch him.

For the killer has chosen fellow FBI Agent Nick Lawrence as his next victim.

When will he attack?

No one knows that either.

But the Ferryman is coming.

And using Nick as bait is the only way to catch him...