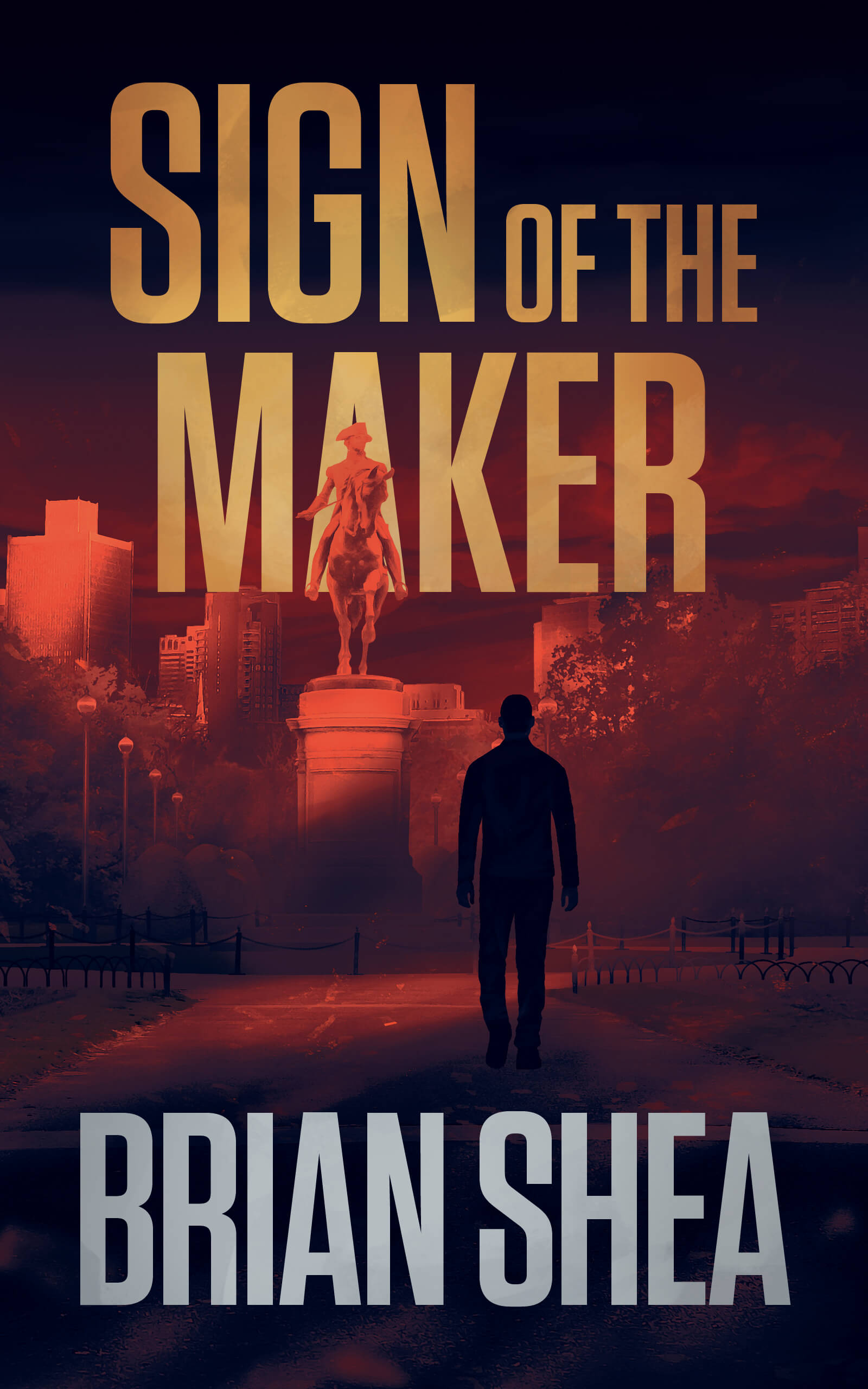 Acclaimed author Brian Shea is back with SIGN OF THE MAKER, the fourth book in his heart-pounding Boston Crime Thriller Series.

When a bomber targets the city he loves, Detective Kelly must decide how far he’ll go to stop them.

A blast rips through downtown Boston on an early October morning and Detective Michael Kelly races to the scene. But before he can begin to make sense of the attack, another explosion sends shockwaves through the city.

Reeling, and desperate for answers, Kelly and his team begin a citywide manhunt. The only clue from the blast site leads Kelly to an inmate — who is less than eager to help.

As Kelly hones in on the forensics, his source reveals the killer’s next targets. Armed with this knowledge, Kelly and his team rush to get out ahead of the mysterious murderer.

But with the city at stake and the clock literally ticking, one wrong move could have catastrophic consequences.

Can Kelly catch the bomber before time runs out?

"This suspenseful read by Brian Shea is a must-read for crime fiction and detective fiction fans." —Kimberly Charleston, Books Uplift

What readers are saying about SIGN OF THE MAKER: